You are here: Home1 / News2 / News3 / How does the tractor clutch system work?

So why do you need to cut off the power from the engine to the wheel end? This is mainly related to the working characteristics of the engine. Like a normal engine, there will be a minimum speed requirement, that is, the lowest crankshaft rotation speed for the engine to work smoothly. For example, the minimum speed of the four-cylinder engine is about 500 rpm or more, and the three-cylinder engine is about seven or eight hundred rpm. Below this value, the engine is likely to stall. Therefore, when our car is stationary, the engine should also be kept above this minimum speed. At this time, it is necessary to have a power separation device to realize the connection and separation of power. 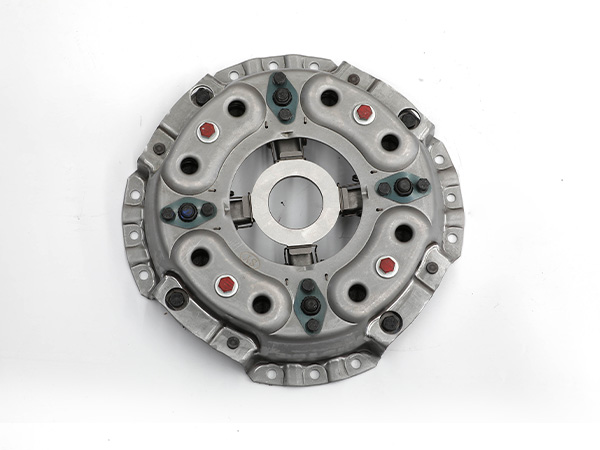 The second type is the zipper control system. It transmits the operation of the pedal to the clutch through a zipper in the middle. This is a similar principle to the handbrake braking mentioned in the previous explanation of the braking system. Although the zipper system is more flexible in terms of spatial arrangement, its transmission efficiency is not high, and its service life is relatively short.

When we are driving a tractor, if we are not skilled, it will often start to stall. The main reason is that when the car is about to start at idle speed, the power output by the engine needs to overcome the sum of all the resistance of the vehicle. The output characteristics of the engine at idle speed are smooth and continuous. If the time to release the clutch is too fast, the load on the engine will increase instantaneously, causing its speed to be too low, thereby stalling.

How to overhaul the main parts of the tractor clutch

How to Extend Tractor Clutch Life
Scroll to top