The tractor clutch is installed between the engine and the gearbox, and its main function is to interrupt the transmission of power when necessary to ensure that the tractor starts smoothly; to ensure the smooth operation of the driveline when shifting; to limit the maximum torque that the driveline can bear to prevent drive train overloaded. 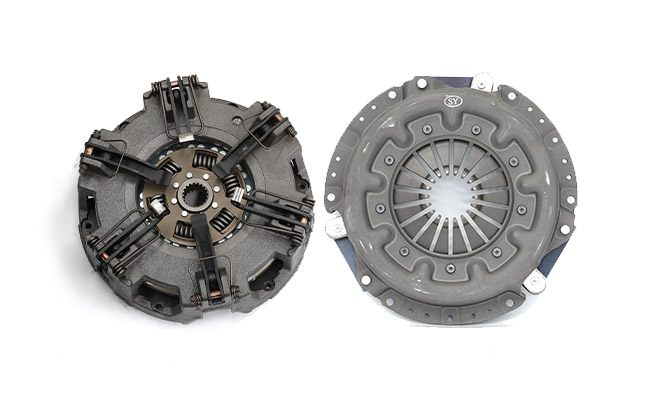 The tractor clutch kit is an indispensable part of the tractor, its main function is to transmit and cut off the power output, and prevent the parts from being damaged when the transmission system and the power output device are overloaded. A good clutch makes it easier and smoother to start the tractor without wobbling. Gear shifting and acceleration will be greatly improved, and clutch clearance will be reduced for a comfortable driving experience. 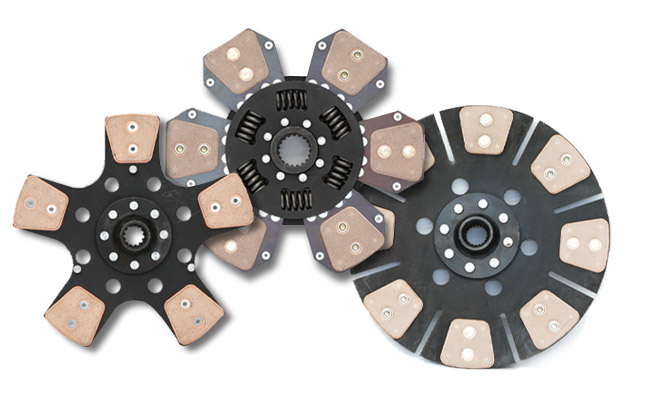 Tractor clutch plate is a composite material with friction as its main function and structural performance requirements. Tractor clutch plate materials are mainly made of asbestos-based, copper-based powder metallurgy and other materials, produced according to international standards, and the product quality is superior. 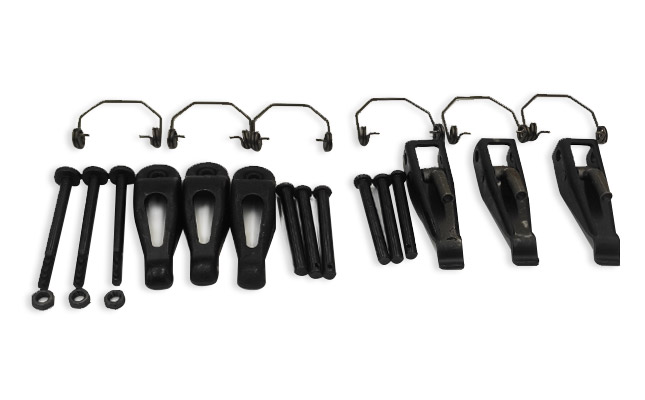 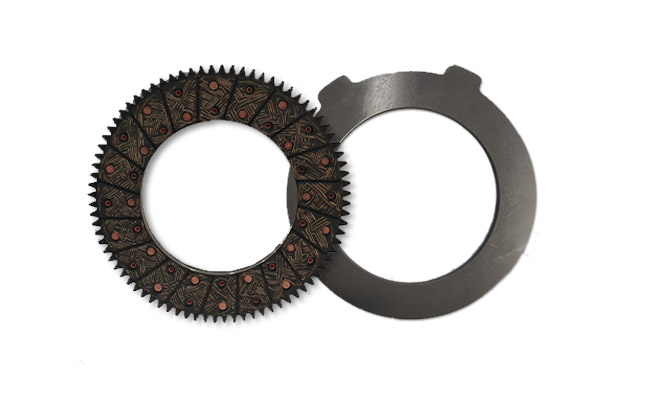 Our multi-model friction discs are widely used in agricultural machinery and construction machinery. The friction disc can work normally under high load and high temperature, with stable performance and wear resistance, low vibration and low noise.

The tractor clutch is mainly composed of an active part, a driven part, a pressing device and a control mechanism. When the tractor clutch is in the engaged state, the pedal is in the high position, there is a gap between the release lever and the release bearing, and the pressure plate presses the driven plate under the action of the compression spring, so that the driven plate and the flywheel are tightly combined, and the engine torque is reduced by the driven disc is transmitted to the transmission.

When the driver steps on the pedal, after the clearance is eliminated through the pull rod, the separation fork and the separation sleeve, the outer end of the separation lever pulls the pressure plate to overcome the pressure of the compression spring and then moves backward, so that the pressure on both sides of the driven plate disappears. As a result, the friction force disappears, the torque of the engine is no longer transmitted to the transmission, and the clutch is in a disengaged state. 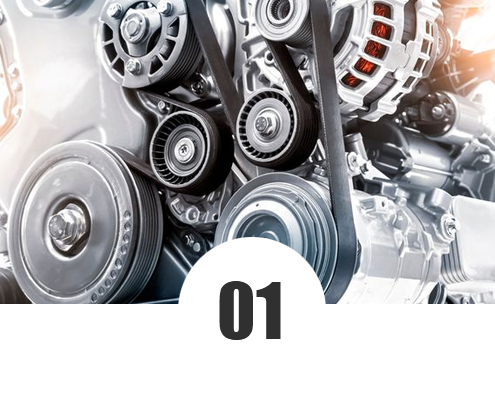 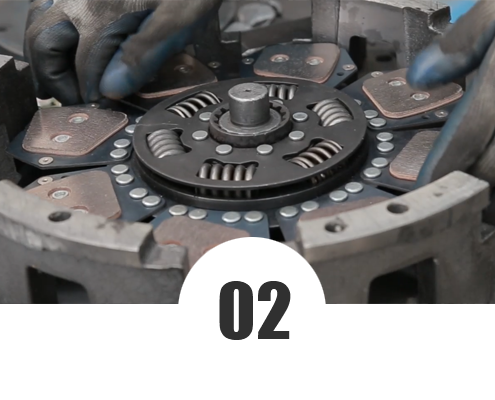 The models of the tractor clutch outer bearings are 60206 and 602024, both of which are single five-pointed star concentric ball bearings with an oil-proof cover on one side. When installing, the side of the two bearings with the oil cover should face the inner cavity of the clutch to prevent the bearing during operation. The butter inside is thrown onto the surface of the friction plate, causing the tractor clutch to slip. 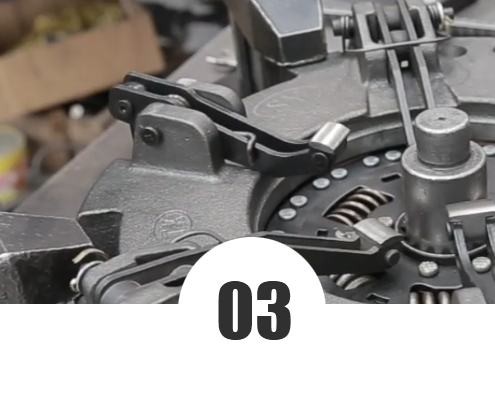 When installing the tractor clutch, tighten the 6 nuts on the cover of the casing and tighten them diagonally several times. After tightening, the end should not protrude from the side of the V-belt groove to avoid rubbing the belt. 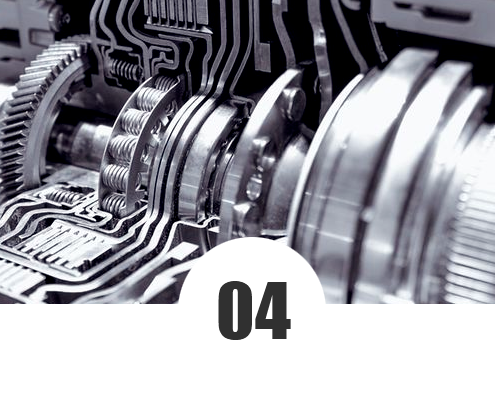 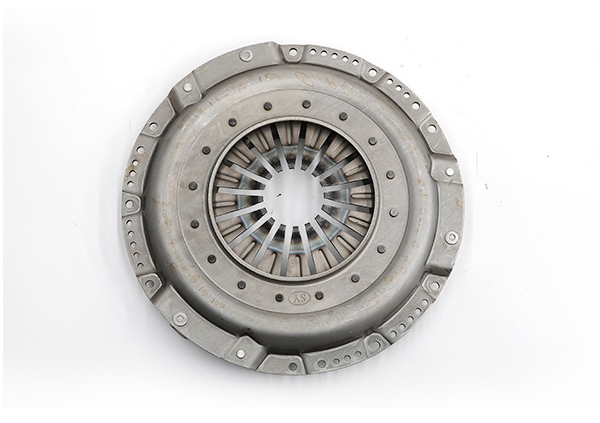 The clutch is a major assembly in the tractor drive train. When the tractor starts, the high-speed rotating engine is smoothly connected with the stationary drive train through the friction between the active part and the driven part of the clutch to ensure the vehicle starts smoothly. In the long-term use of tractor clutches, the […] 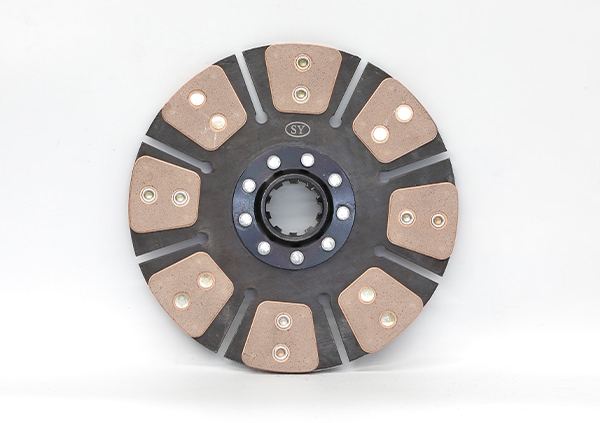 The clutch assembly consists of three sets of tractor clutch disc, clutch pressure plate and release bearing. The tractor clutch disc is a composite material with friction as the main function and structural performance requirements. Friction materials are mainly used to manufacture brake friction plates and tractor clutch discs. The inner end of each release […] 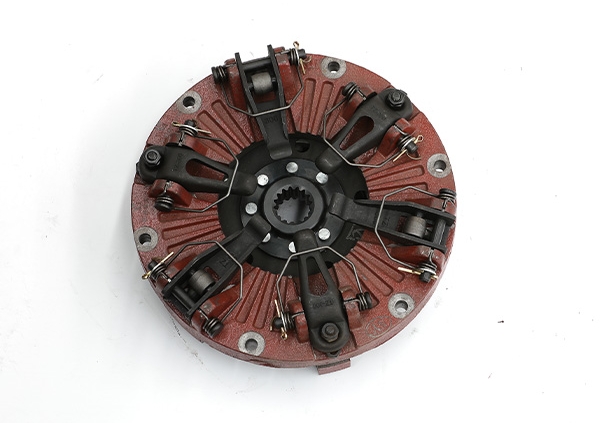 The so-called clutch is to use “off” and “on” to transmit the right amount of power. The agricultural machinery clutch consists of friction plates, spring plates (disc springs are used for tractors, and diaphragm springs are used for harvesters), a pressure plate and a power output shaft. It is transmitted to the gearbox to ensure […]