You are here: Home1 / News2 / News3 / What are the common causes of tractor clutch damage?

During the use of the tractor, as the workload increases, the technical conditions of the tractor will gradually deteriorate. Over time, the tractor assembly, mechanism, system and other parts and components will partially or completely lose their working ability, which will eventually make the tractor work. The power of the tractor is reduced, the economy is deteriorated, the reliability is reduced, and various appearance symptoms will appear one after another, and the clutch is one of the most frequently faulty components. Being able to grasp the common failure phenomena of tractor clutches and analyze the causes of failures is of great significance for the correct maintenance and use of tractors.

1. If there is oil stain on the friction plate and pressure plate, clean it with gasoline to remove the fault;

2. If the friction plate is too worn or burned, the clutch plate should be replaced in time;

The clutch is not completely separated, and there is a noise in the gear shift

2. The clutch driven disc is seriously warped, and the driven disc should be replaced immediately;

The tractor shakes when starting

1. The heads of the three separation levers are not in the same plane, adjust as required;

3. The clutch driven disc is seriously warped, and the driven disc should be replaced immediately;

4. If the fixing screws of the flywheel and the clutch housing are loose, stop the machine immediately to check and troubleshoot. 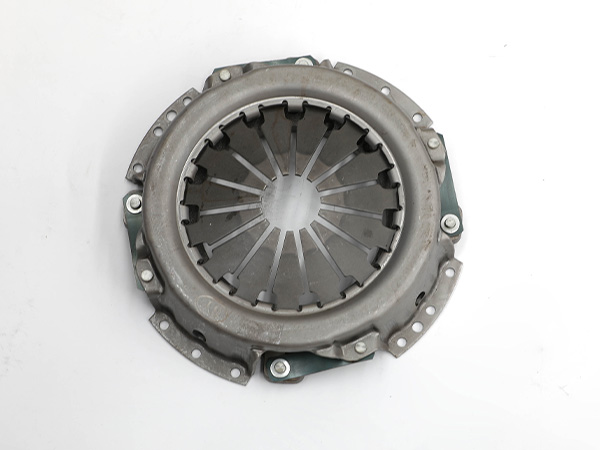 1. User problems. The main reasons are the bad habit of half-stepping the clutch pedal or using the half-step clutch to control the speed of the vehicle; the free travel of the clutch pedal is too small, disappears and cannot be adjusted in time; the agricultural tools are too large and the ploughing depth is too deep and the load is too heavy.

2. Design problems. The maximum torque capacity transmitted by the clutch is insufficient, causing the clutch to slip and burn. Especially in the popular small chassis and high-horsepower tractors, the engine horsepower has increased, and some models have the original clutch, such as 1604 and 1804 tractors still use 13-inch tractors. The clutch is very prone to burning chips during use. The reason for the insufficient capacity of the clutch to transmit the maximum torque is that the compression force of the disc spring is insufficient, the size of the friction surface is small, and the friction coefficient of the friction plate cannot be reached.

3. Parts quality problems. It is mainly caused by the quality problem of the clutch itself. The tractor clutches produced in the early days were too heavy. In order to reduce the clutch pedal force, the method of reducing the pressing force of the disc spring and increasing the friction coefficient of the friction plate was adopted. The original intention was that the ability of the clutch to transmit the maximum torque remained unchanged. The compression force of the disc spring of the clutch manufacturer has been reduced, but the friction coefficient of the friction plate has not been effectively improved, resulting in a large number of clutches burned on the tractors sold on the market as soon as they work in autumn farming, which has a very bad impact.

By analyzing the failure phenomenon of the tractor, the driver can easily find out whether the tractor has a failure during the operation process, analyze the cause of the failure, and lay a good foundation for further repair and maintenance, which can reduce the damage of the tractor and reduce accidents. occurrence has a positive effect.

Do you know how tractor clutches work?