You are here: Home1 / News2 / News3 / Analysis of Common Failures of Tractor Clutches

When sufficient pressure is provided to press the driven piece and the driving piece together, the power of the engine is transmitted to the driven piece through the driving piece due to the friction of the contact surfaces of the principal and driven pieces. When the pressing force is canceled and the master and the follower are out of contact, the power of the engine cannot be transmitted to the follower. Tractor work requires that the clutch can transmit the maximum torque from the engine without slipping, the separation is rapid and complete, the rotational inertia of the driven disc is small, and the engagement is smooth; and the heat dissipation is better, and the operation should be light. If these requirements can not be completed or the completion is not good, it means that there is a fault in the clutch that needs to be identified and eliminated in time.

Tractor clutch manufacturers have conducted a detailed analysis of clutch failures often encountered in use.

When a tractor is running, the free travel of the clutch pedal changes automatically, the power of the diesel engine decreases, the free travel uphill becomes smaller, the free travel downhill becomes larger, and there is an abnormal noise when going uphill. Check that the fixing bolts of the diesel engine are not loose, and the clearance of the clutch and transmission mechanism is normal. According to the above phenomenon, it is preliminarily judged that the semicircular thrust plate of the crankshaft is loose, remove the bottom cover of the clutch housing and use a crowbar to pry the flywheel back and forth. The distance between the front and rear of the flywheel has reached about 6 mm, and it is inferred that the front and rear semicircular thrust pieces have both fallen off. After further disassembly and inspection, it turned out that the crankshaft semicircular thrust piece fell off. 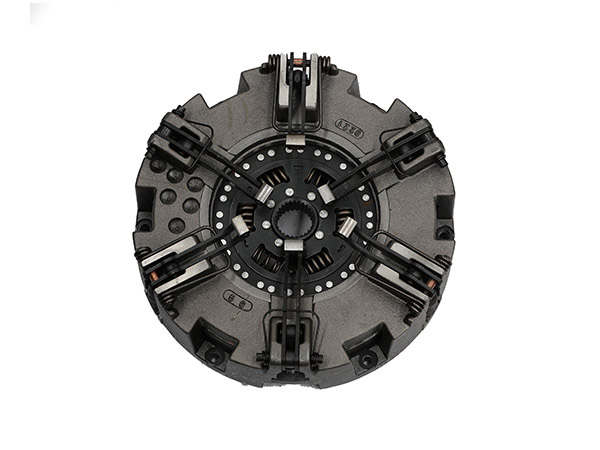 2. The clutch suddenly cannot be disengaged

Incomplete clutch separation means that it is difficult to shift gears, or even impossible to shift gears. There is a sound of gears and the clutch pedal is pressed, and the drive shaft still rotates, which also accelerates the wear of the friction plates.

A tractor suddenly stepped on the clutch pedal while driving, and the clutch could not be disengaged. It should be turned off and stopped to check that the clutch release fork can swing normally, but the pedal feels much easier than before. The bottom cover of the clutch housing was removed for further inspection, and it was found that the left and right bosses in contact with the release bearing seat and the release fork were not in the same plane, and the two bosses were seriously skewed.

3. The clutch slips and separates incompletely

Clutch slip means that when the tractor starts, the clutch pedal is completely released, the tractor cannot move forward, and the engine does not turn off, then the clutch slips. It is mainly manifested in the tractor driving, the speed cannot be increased rapidly with the increase of the engine speed, that is, the acceleration performance is poor, when the heavy load, climbing or driving resistance is large, you can smell the burnt smell of the burnt friction plate.

A tractor that has been driving for many years, the clutch began to slip. After adjusting the free stroke of the clutch, not only did the slip not disappear, but a new fault was added: the clutch could not be completely disengaged, and the operator was very confused. 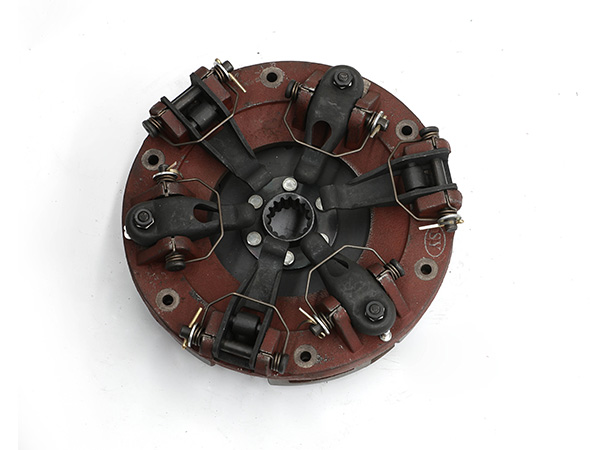 4. The transmission trembles after releasing the clutch pedal

When a tractor diesel engine is idling, depress the clutch pedal. Clutch rattles; release clutch pedal, transmission case shakes. Inspection found that the clutch release bearing was functioning properly. The main and driven discs are not faulty, but the front bearing of the first shaft of the transmission is damaged.

Cause analysis: The front bearing of the first shaft of the transmission is poorly lubricated, corroded or enters the dirt, the movement of the steel ball is blocked, resulting in damage to the cage, and the steel ball is concentrated somewhere between the inside and outside, causing the first shaft of the transmission to be misaligned with the crankshaft main journal, and the clutch Wobble occurs when the driven disc turns.

When the diesel engine is running idly, step on the clutch pedal, the bearing steel ball rolls at high speed in the original position, and makes an abnormal sound: when the clutch pedal is released, the damaged bearing rotates with the crankshaft and the main and driven discs of the clutch, and the sound weakens or disappears, but due to the transmission The axis of the first shaft is offset relative to the axis of the crankshaft main journal, so the phenomenon of jitter occurs. Troubleshoot after bearing replacement.

The above is a detailed analysis of several common faults in the use of tractor clutches. If you encounter relevant problems during operation, please feel free to contact us.

How to judge clutch friction disc performance
Scroll to top